As an online course creator, there are a million different tools out there to record, edit and publish your videos. Over the years I have tried just about every screen capturing tool such as Camtasia, Screenflow for Mac, iMovie, Loom, you name it.

So which is the best? Simple. The one that gets the job done.

I won’t bore you with a never-ending post about the tons of features each one provides that you’ll probably never even use, but the real lesson here is that you should look to spend as little money as possible, especially if you’re just getting started with creating your first online course.

And, if you’re on a Mac, using the built in video capture tool and iMovie for editing is really all you need (that and a decent microphone, I use a Blue Yeti).

Now, for my stack.

Let me explain. I’ve had my iMac since 2016 and it’s absolutely an amazing piece of hardware and software fused into a unison instrument that I can use without much frustration. In fact, it is pleasing in many ways. As a former Microsoft power user and system engineer, I am super happy I don’t have to mess with task manager tools and other memory utilities to get my system performing at its best.

For capturing sound, although you could use your default microphone it pretty much sucks compared to a quality affordable USB microphone. I have had my Blue Yeti since I got my Mac and this setup just works.

Recording. If you don’t take anything away from this post, remember this… DON’T PAY FOR A SCREEN CAPTURE TOOL!!!

If you’re using a Mac you have a solid built-in screen capturing tool and if you’re on Windows I’m sorry for you ….just kidding 🙂 but yea, you can use any free cloud-based software such as Loom.com or just do a Google search and find a ton of screen capturing tools to try out, many with free features to use.

I’ve used Screenflow for quite some time, so although I use my Mac screen capture now since I cut out dead space and other noise using Timebolt with the saved file, Screenflow has been a great purchase since you can do both recording and capturing in the same tool pretty quickly.

However, Timebolt has added screen capturing and some other cool features like adding looping background music so it might just give Screenflow a run for it’s money really soon.

In any case, I hope this quick share of my course creation software stack helps you take action on creating your first online course. After all, that’s all that matters is that the tool gets the job done.

Now, getting ready for my next online course.

Which tools will you use? 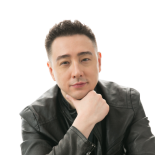 Agile Business Coach, Content Workflow Automation ninja and web design hacker. I share tips & resources about creating digital product-based businesses so you can build your brand and take control over your life and career.

Are You Ready to Finally Start Building Your Digital Training Business the Smart Way?

Please log in again. The login page will open in a new tab. After logging in you can close it and return to this page.